https://www.artfromtw.com/
Terry's paintings, his artwork, what is available and what has sold

https://rowlandbottroyalsignals.blogspot.com/
The story of Rowland Bott & his army pals of the Royal Signals, serving in Egypt & Palestine during, and just after, WW2.

https://spodehistory.blogspot.com/
A History of the Spode Pottery Manufacturer by Pam Woolliscroft (née Bott) 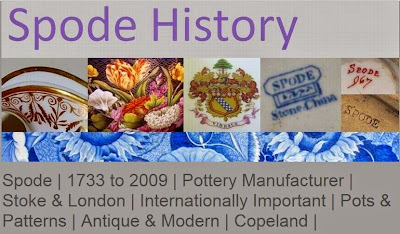 https://spodeabc.blogspot.com/
A Spode ABC. A companion to the Spode History blog. All about the world famous pottery manufacturer.

https://potbankdictionary.blogspot.co.uk/
A record and explanation of those strange words, such as blunger, saggar makers bottom knocker, and jomuk, that were, at one time, very common in English district known as the Potteries. Many of the words and phrases are dying out as potbanks close or manufacturing  methods change.

https://bottleoven.blogspot.co.uk/
Huge brick-built bottle ovens and kilns, integral to a pottery factory and essential in pottery manufacture, were once the dominant feature of the Potteries landscape. At their peak, around 2,000 existed in the City of Stoke-on-Trent. In 2019 fewer than 50 remain standing complete with their bottle-shaped chimney.

https://lbof1978.blogspot.co.uk/
The last bottle oven to be fired in the Potteries was kindled on Tuesday 29 August 1978, now known as Potteries Bottle Oven Day. The traditional and time-honoured skills of firing the oven were recorded. The event was organised by Gladstone Pottery Museum, Longton, Stoke-on-Trent.

https://gladstonepotterymuseumstory.blogspot.co.uk/
Rescued from the bulldozer in March 1971 Gladstone is home to the most important group of bottle ovens remaining in the UK. Gladstone Pottery Museum in Longton, Stoke-on-Trent, is a restored potbank from the days when coal-burning bottle ovens made the world's finest pottery.  There are five magnificent, towering ovens in this unique setting - the multi-award winning, industrial museum of the pottery industry. If you are visiting Stoke-on-Trent then go to Gladstone first and you'll find out what the Potteries is all about. 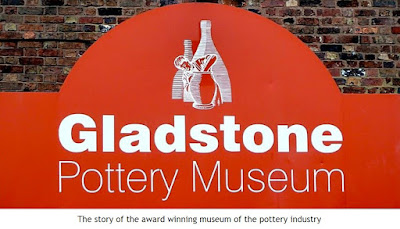 https://nssohistory.blogspot.co.uk/
The NSSO is one of the oldest orchestras in the world, founded in 1904 by the 25 year old John Cope and his mentor Madame Marie Reymond. This blog has been created to supplement the well-regarded history of the orchestra, written by Kathy Niblett in 2004, in celebration of the orchestra's centenary.

https://www.nssoorchestra.co.uk/
A humble beginning in Burslem, Stoke-on-Trent, in 1904. Today, the North Staffordshire Symphony Orchestra plays four symphony concerts each season in venues in Stoke-on-Trent and Newcastle-under-Lyme. The orchestra was formed in 1904 by the local young musician, John Cope who had recently returned to the Potteries from Munich where he had been studying the organ with Josef Rheinberger. He was encouraged to establish the orchestra by his former teacher and mentor, Madame Marie Reymond. 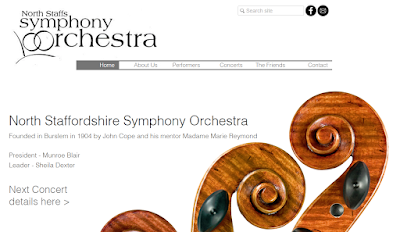 https://twyfordshistory.blogspot.co.uk/
The Twyford family has been associated with the manufacture of pottery in North Staffordshire since the 17th Century. In 1849 Thomas Twyford established his factory in Hanley, Stoke-on-Trent, manufacturing sanitary pottery and metal fittings. During the 20th Century the Twyford brand became a household name in British public life. And, through organic and well-managed expansion, it became a major force in sanitaryware production in three more of the world's continents. The company blossomed in South Africa, India and Australia, bringing bathrooms, the principles of hygiene, and much needed employment to their peoples. Today, Twyfords is a shadow of its former self. It is now part of the Geberit Group, headquartered in Switzerland. This blog was created to record and recognise the great achievements of the company during its long and remarkable history.

https://gunnera-watch.blogspot.co.uk/
Watch how this Gunnera manicata, located in the North Staffordshire Moorlands of England, grows and changes.

https://wildenglishgarden.blogspot.co.uk
In the cool Staffordshire Moorlands we have a garden in wet conditions. This makes for a short growing season particularly for flowers which are my passion. It is, though, a delight to be able to grow herbaceous plants which love wet and damp conditions. An English Garden