Ford Green Hall is an exceptional example of a 17th century timber-framed farm house. It was built in 1624 for Hugh Ford, a local yeoman farmer who owned 36 acres of land. The Ford family remained at the Hall for nearly 200 years.

In the 19th century, after the Ford family left, the status of the house declined and it was divided into 3 and later 4 cottages.

Recognising its importance, the property was purchased by Stoke-on-Trent City Council in 1946 and, following restoration, opened as a museum with a resident administrator in 1952. 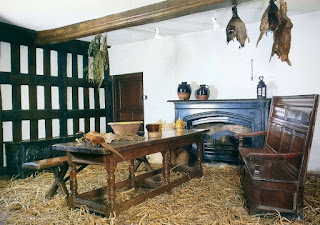 We had the privilege of living at the Hall from 1983 to 1987 when Pam was employed as its Resident Curator by Stoke-on-Trent City Council. We had to leave the Hall following very heavy and continuous rain which caused the disastrous flood of 23rd August 1987. Flood water rose almost to the top of what is now entrance door. Much of the ground floor and many of our possessions were ruined. But our pet cat, Toots, clung on and survived.

We were the last people, in all of its 363 years, to live at the Hall.

The Hall is now run by a charitable organisation led by volunteers and members of the local community, the profits are used to run and improve the museum. 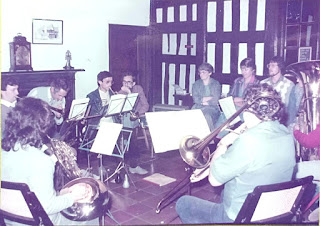 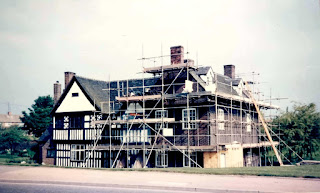 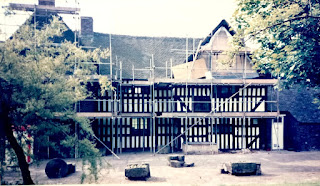 During the Sunday morning prolonged heavy rain hit parts of North Staffordshire. The torrential rain over Ford Green Hall caused local water levels to rise and a disastrous flood swamped the hall. The flood water defences (an electric submersible pump in an underground sump) was, as we now know, totally incapable of defending the Hall. 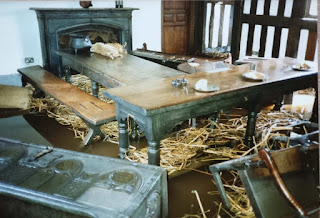 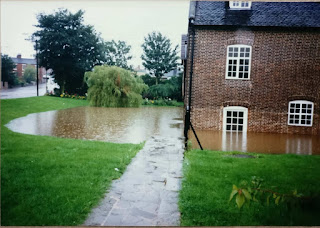 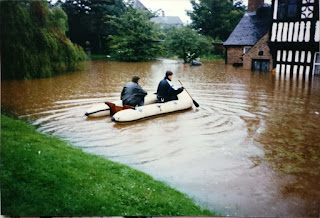 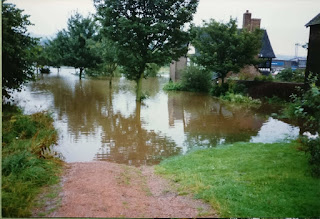 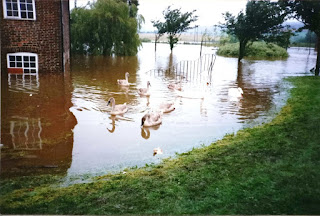 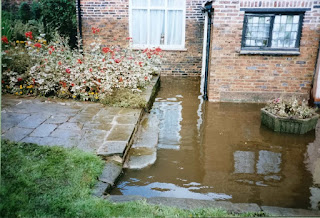 Statistics:
On Monday 24th August 1987 the local Fire and Rescue Service pumped 1600 gallons of water per minute out of the Hall and immediate surroundings, for about 8 hours.  That's over half a million gallons. About the same amount required to fill an Olympic swimming pool. 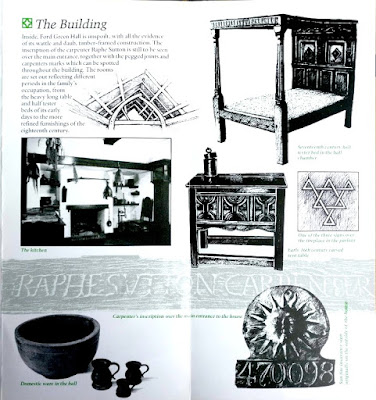 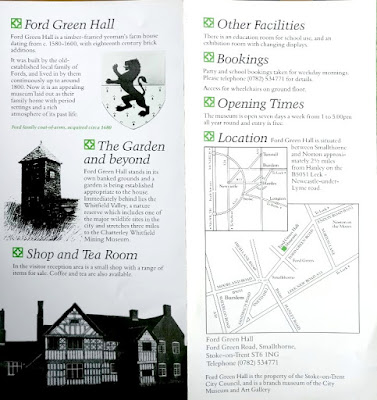 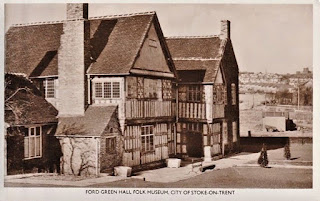